Skip to content
HomeBoston researcher in NYTimes on why the US spends so much on health care. The answer is same as it was in 2003 — prices. 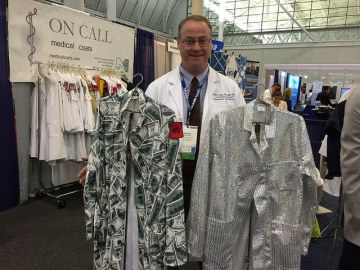 A large part of the answer can be found in the title of a 2003 paper in Health Affairs by the Princeton University health economist Uwe Reinhardt: “It’s the prices, stupid.”

He goes on to quote a JAMA  study:

Over all, the researchers found that American personal health spending grew by about $930 billion between 1996 and 2013, from $1.2 trillion to $2.1 trillion (amounts adjusted for inflation). This was a huge increase, far outpacing overall economic growth. The health sector grew at a 4 percent annual rate, while the overall economy grew at a 2.4 percent rate.

You’d expect some growth in health care spending over this span from the increase in population size and the aging of the population. But that explains less than half of the spending growth. After accounting for those kinds of demographic factors, which we can do very little about, health spending still grew by about $574 billion from 1996 to 2013.

Did the increasing sickness in the American population explain much of the rest of the growth in spending? Nope. Measured by how much we spend, we’ve actually gotten a bit healthier.

For more on Dr. Frakt’s work, see his blog, The Incidental Economist.