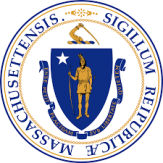 In an effort to tackle one of the biggest challenges to the Massachusetts economy, members of a special state commission on Tuesday called for regulating the growth in hospital rates to contain health care costs.

Commissioners said the Division of Insurance should have greater authority to oversee hospital-insurer contracts, including the amount hospital rates can increase each year. The controversial proposal comes after months of discussions at the commission, which was convened to study the wide variation in prices at Massachusetts hospitals. Studies have shown that price disparities contribute to higher health spending because the most expensive providers also tend to have the top reputations and attract the most patients.

Why two commissions? On is a quasi-state agency, the other a one-off , set up when hospitals unions agreed not to pursue a ballot question that would have regulated insurance payment to hospitals. The commission was charged with “recommending steps to reduce price variation among different providers and issuing a report by March 15, 2017,” according to the Globe.

And this Sunday, the Globe reported on another attempt to limit the cost of Medicaid in the state”

Governor Charlie Baker “has been backed into a corner by the soaring expense of MassHealth, the state’s publicly subsidized health insurance program for lower-income residents. MassHealth now accounts for about 40 percent of the state budget, and he fears that even more people will choose it over their employer’s coverage.

To help keep that from happening, the governor last month unveiled a measure that would penalize companies that don’t offer adequate health insurance to their workers.”